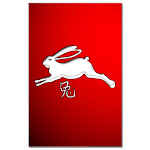 Your Children are not your children. They are the sons and daughters of Life's longing for itself. They come through you but not from you. And though they are with you they belong not to you. You may give them your love but not your thoughts. For they have their own thoughts. You may house their bodies but not their souls, for their thoughts dwell in the house of tomorrow, which you cannot visit, not even in your dreams. Kahlil Gibran

Lucy, Niko and Willow heading up to view the race. Our long time friend Bill (William) Martin is in a World Cup 24 hour race as a Elite Solo Rider and since we were a mere 9 hours drive from the race we decided to come and watch. This is his dream to do. We knew him when he just started racing back in Northern New York 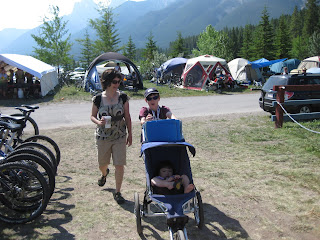 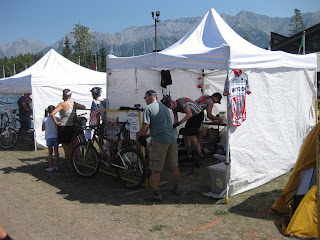 Bill waiting to line up for the start...a running race to the bikes. 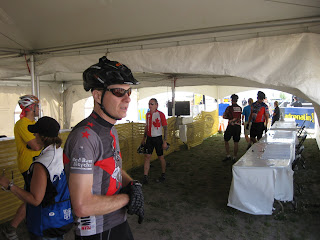 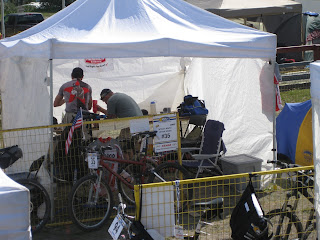 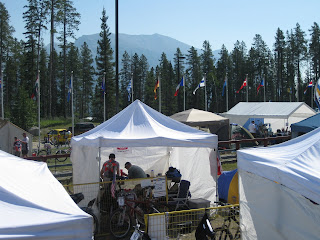 Niko with his Pit Pass. That means we get to visit the pit where only the Pit Crew goes. 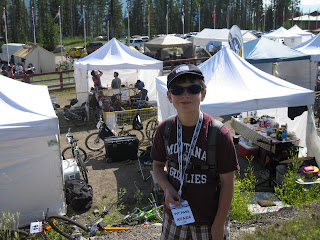 3 minutes to start. Bill waiting to start with the other solo riders. 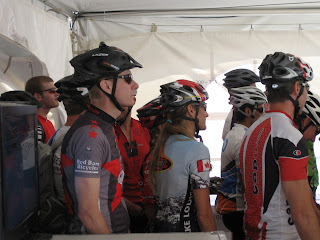 Bill is number 35. He was position in the first half of the group. 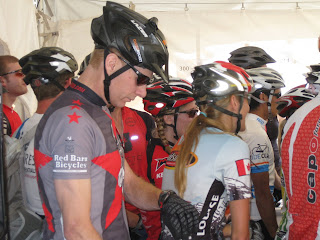 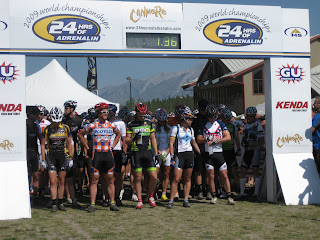 If you look carefully you can see half of Bills face on the left side. He has a gray jersey with red on the shoulder. He is just behind and to the left of the girl in the yellow and black jersey. 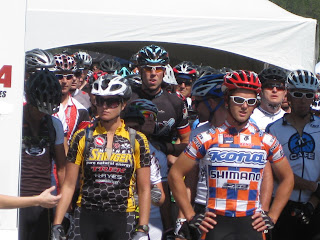 Bikers leaving the pit row where they just picked up their bikes. Bill is some place in front of this crowd. 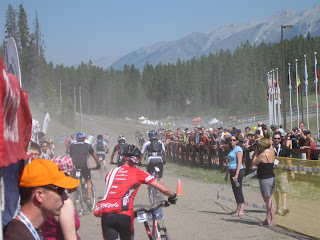 Other racers running for their bikes. 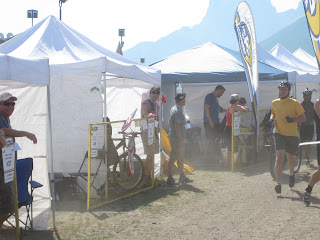 Bill doing the running race to the bikes. This was a long run up a hill and back around. Bill passed a number of racers to get a good position. 24 hours of biking and a running race too?! Why not have them take a short swim too?!!!
Bill three quarters of the way through the first lap. I counted only about 8 or 9 before he came a long. I assume this was a good place to be. This portion is near the start.
Posted by paul lucy niko and willow at 4:08 PM

Paul thanks for the photos and updates! Go Bill!!
Ed and Laurie Stalling, Missoula